"How'd You Think of This?" Why Predator™ Silencers are different.

People often ask, “How’d you think of this?” as they hold the pieces of one of our silencers in their hands. Since they don’t really want the long answer, the usual response is, “I just do.”

Suppressor/silencer manufacturers churn out some of the most creative and well made devices in the firearm industry. In most cases, the designs are inspiring and manufacturing quality impressive at the least. Shooters, gun enthusiasts and engineers with over a century of silencer history to draw upon continue to take Percy Maxim’s design to new limits.

So how is it that a newcomer can show up with a different technology and turn heads away from the top names in the industry? The big secret is the advantage I had over the others - I didn’t know anything about silencers.

Heck, I didn’t know much about guns at all. Like many at that time, I paid MSRP for a rifle because I still could and feared that the right to do so might soon expire. I stared at the endless rack of guns cluelessly. The young Marine-turned-firearms-salesman suggested the Colt M4A1. If it’s good enough for the Marines… Now it's time to shoot.

AR-15s are loud. I became a silencer shopper.

Most who don’t know anything about suppressors research them thoroughly before giving up and asking someone else what they should get. Even asking the guy behind the counter didn’t help. When I asked what I should buy, he asked me what I wanted. How the heck should I know? I just Googled “firearm silencers” for two days and all I learned is that only Goobers call them silencers. When I asked another clerk behind the counter what the difference was between brand A and brand B, she looked at me and seriously replied, “About $500.”

To understand what happened from this point on, one must know a little bit about me. I’m a degreed mechanical engineer with broad technical exposure, a colorful history, and a reputation for out-of-the-box solutions. Successes include designs and solutions in aviation, orthopedic and spine surgery, marine turbine propulsion, oil/gas exploration and even diapers. My mother called me stubborn, my wife calls me obsessive and people I’ve fired call me a “picky S.O.B.” As a kid I used to blow stuff up (including my brother, George).

In each of the successes cited above (except for George), I was asked to come up with a solution when industry experts couldn’t. As a frustrated regional manager for a well known oilfield service company put it, “I don’t care who you piss off, just figure it out.”

This time, the challenge was my own; design silencers for regular people.

I have a very simple design philosophy; understand both the need and the available resources. After that the design just comes together.

Defining the current need was fairly obvious; there are a lot of people just like me who want to be able to shoot without dangerous and painful noise exposure. For the most part, we’re not going to jump out of a plane holding onto our guns with a bunch of other guys and, for the most part, the things we’ll shoot at won’t be shooting back. As it turns out those guys already call them suppressors and seemed to be very well represented in the market.

I also discovered that, just like me, a lot of people are concerned about accuracy and that suppressors had the infamous reputation for somehow disturbing the bullet or rifle. The design parameters were beginning to define themselves; a simple, easy to use suppressor that preserves/improves accuracy.

It wasn’t easy. We made a lot of mistakes, spent a lot of money and learned along the way. Besides being round and black, we didn’t even look at other design conventions. Nothing escaped re-thinking; our design focus, materials, geometry, manufacturing methods, finishes, and especially the method…everything was considered from scratch. There was never any, “All you gotta do is…” or “Well that’s the way it’s always been done.” Never.

What resulted are two separate technologies that even a picky sob like me can be proud of. We really hope you will enjoy them.

Pay attention to a couple of things here...

Look inside a dirty silencer...

Are you confused? Congratulate yourself!

"How'd You Think of This?" Why Predator™ Silencers are different.

Pay attention to a couple of things here... 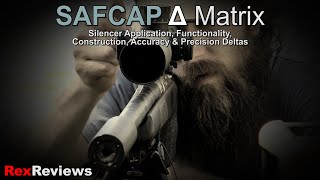 See how Rex Tibor selects a precision rifle silencer, and... 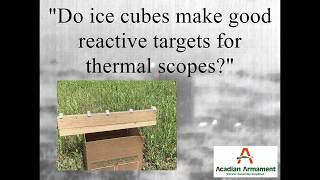 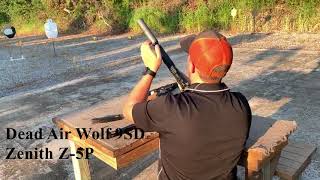 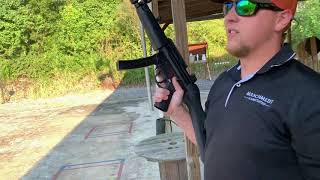 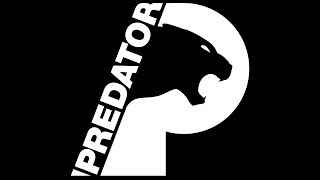 Suppressor Design - An inside look